Can you help us locate our commemorative shortbread tins?
Posted Tuesday, May 10 2011 by Categories: Uncategorized 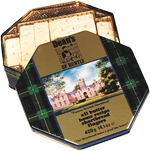 You may recall we recently posted the remarkable story about how one of our shortbread tins led to the donation of over £250,00 to Gordon Schools in Huntly.  Ronald Ironside was reminded about his childhood in Huntly when he received a gift of one of our commemorative tins that were specially produced to celebrate the new millennium. When Ronald died he left a large bequest to Gordon Schools for which they are extremely grateful.

When we wrote the blog post we didn’t realise that we don’t actually have any of the commemorative tins; we would like to have them on display in our popular visitor centre however, unfortunately none can be found here at the factory so we thought we would appeal to our online community to see if we can find the tins.

We are looking for one of each of the tins, preferably in good condition, so that we can display them alongside Ronald’s remarkable story here in the factory.  If you have one of them, perhaps being used to store buttons or screws, please let us know and we will reward each of the donors (4 in total – one for each design) with a VIP factory tour – and some goodies from Dean’s! 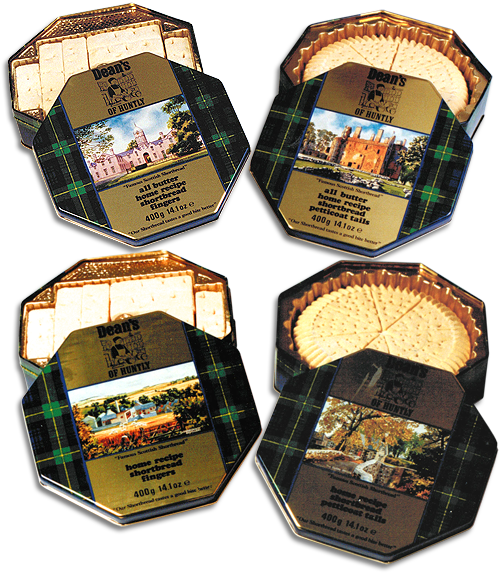 The four tins (displayed above) depict four different views of Huntly and the surrounding area:


Glendronach Distillery Closest one situated to Huntly and was chosen because of this.


Elgin Bridge (adjacent to Huntly Castle & grounds and named after the Master mason involved in the construction of the bridge, whose name was Elgin).