Dean's Tartan Week blog - A Taste of Tartan! - Dean's Shortbread - Original family recipes • Melt in the mouth Shortbread - Baked by hand
ONLINE CUSTOMERS PLEASE NOTE that we cannot accept requests for specific delivery dates and that all orders will be processed and despatched within 7 to 10 days

It’s Tartan Week in New York this week, and to celebrate, we’re taking a closer look at the fascinating subject of tartan, and not just on shortbread tins!

A taste of tartan….!
Dean’s incorporates one of the most popular tartans, the Black Watch, within it’s brand identity

Whisky & shortbread aside, can there be anything more obviously Scottish than tartan?
Known by our Scottish-American friends as plaid, tartan is an ancient cloth, traditionally woollen, and woven from a broad spectrum of colours.

The Celts are credited with the ‘invention’ of tartan and are known to have woven brightly coloured & striped cloth.  One of the very earliest examples of a tartan cloth is displayed in the National Museum of Scotland.  It dates back to the 3rd century AD and was discovered used as a stopper in an earthenware storage vessel.  It’s a simple two coloured check, and a fascinating example of a very early, basic tartan cloth.

It is thought that the 1745 Jacobite rebellion was one of the first recorded examples of tartan being displayed as a clan ‘uniform’, with the Jacobite army organised into clan regiments each wearing their own colours.  Nowadays the popularity of tartan across the world continues to flourish.

In 2009, The Scottish Tartan Authority had 7000 registered tartans within its International Tartan Index  – and no two the same!  They hold within their register all the ancient and modern clan tartans alongside some more unusual corporate tartans, including designs created exclusively for American Express, Harley Davidson, the Royal Canadian Mounted Police and Manchester United FC!

Dean’s incorporates one of the most popular tartans, the Black Watch, within its brand identity – the Black Watch is a military tartan and is also known as Old Campbell, Grant Hunting, Universal and Government.  It’s a deep, dark green and blue, and beautifully enhances the design of our shortbread tins and gift boxes. 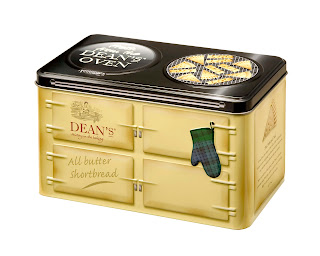 The name ‘Dean’ doesn’t have its own tartan, however, as is often the case with names that have no clan or tartan identity of their own, it is affiliated to another clan, in this case Davidson.  This means that anyone with the name Dean can proudly wear the Davidson tartan – modern or ancient! 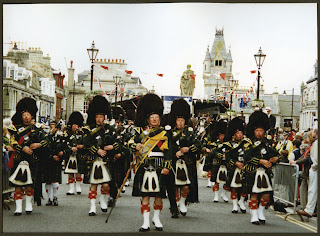 Helen Dean began baking her shortbread to raise money for the Huntly Pipe Band where her husband Bill was drum major.  The band was formed in 1948 by Gordon Highlanders returning home from the second world war and it is still a very active part of the Huntly community.  The famous Gordon tartan is synonymous with the Huntly Pipe Band and is based on the Black Watch design, with a bright yellow stripe running through it.

Look out for the wonderful spectacle of the Tartan Day parade in New York City this Saturday 6th April, when the spectacle & splendour of Scottish tartan will be displayed in all its glory! 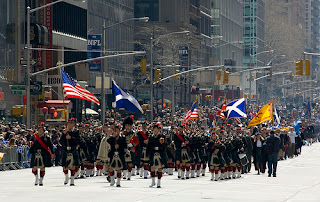